We aim to better understand use cases of mobile robots that connect people with far-away environments through videoconferencing and navigation. 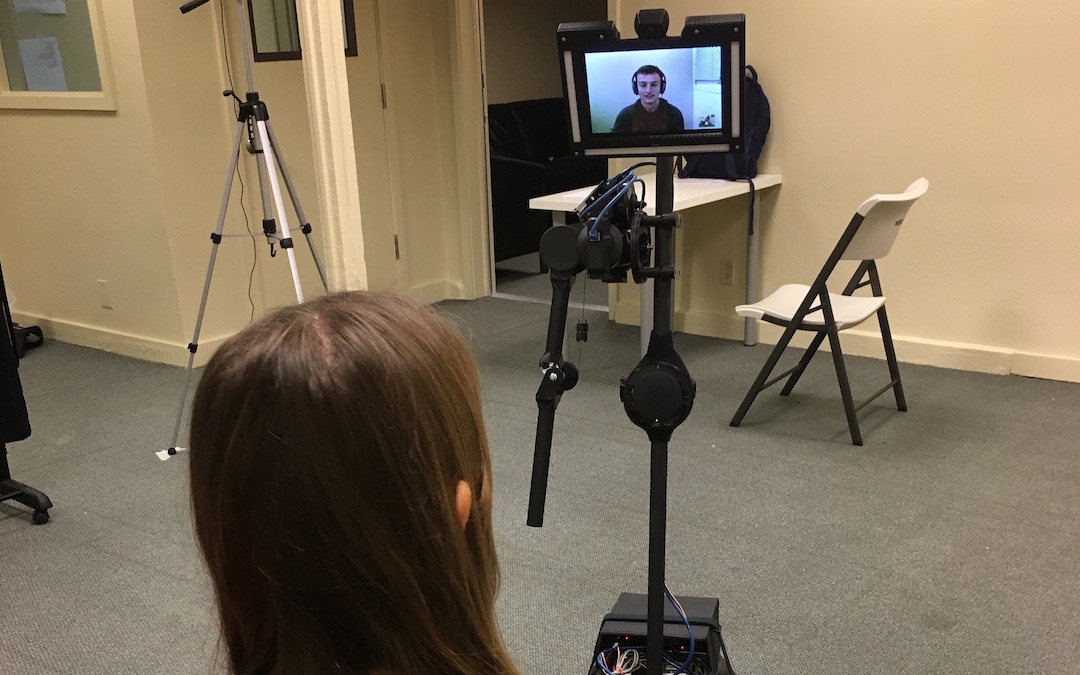 Much of our work in this area to date focuses on the potential of telepresence robots to improve remote access to the classroom environment. There is a significant need for tools to keep remote students connected to the classroom; as of 2015, approximately 14% of university students in the United States pursue postsecondary degrees using exclusively distance education courses. Another 15% have taken some courses in-person and at least one course using distance learning technologies. These students, especially those who are never able to attend class in person, can experience detriments in both learning outcomes and social connections with peers.

Telepresence robots hold the potential to make distance learning more immersive through their ability to allow users to communicate with and navigate through distant environments. Past work has begun to qualitatively explore teleconferencing and telepresence robots to support remote students, but much of this work has been qualitative in nature. We strive to better understand telepresence experiences and use cases through quantitative measurements across multiple controlled conditions, in addition to studies that consider various covariate important in telepresence.